RIDE WITH YOUR MIND DEMO DAY

Read Your Horse Magazine's review of the day here...

We had a brilliant Ride With Your Mind Demo Day at Addington. Thank you all for coming, joining in and making the day so special. It was really wonderful to have so many of you there to share in the work Mary is doing and hopefully you all went away with some ideas to help you in your training with your horse.

The day could not have run without the army of RWYM coaches, willing demonstration riders and their horses (some of whom had driven multiple counties to be there) and, of course, the fabulous audience.

Over 600 people attended the first Ride With Your Mind Demo day of 2017. Hosted by Mary Wanless BSHI, BSc, FRSA with RWYM coaches; Ali Wakelin (BHSAI, Equine Learning Theory), Peter Dove, Karin Major (BHSAI & Feldenkrais) as well as Ali Byrne (BHSII, UK CC Level 3, Human & Equine Back Rub). The packed day’s schedule began with an overview of the day and of the Ride With Your Mind principles from Mary Wanless. Mary has dedicated her adult life to developing a method of coaching which communicates clearly to students, so they can progress step by step from their own starting point, and allows their horse to discover The Seeking Reflexes and the chance to choose to work On the Bit, by making adjustments to the rider’s position. There was also an in depth look at the Toolkits required to train in the Ride With Your Mind method.
Groundwork was covered by Ali Wakelin and demonstrated by Mary Wanless with Milly Dove’s pony; Tinker. Mary Wanless delved in to the topic of Rider Biomechanics during the morning. The principles and effects could be seen in guest demo riders Emma Jones with horse Rocky, Hayley Allen with Essie, and Milly with Tinker. Emma and Hayley had never had training from a Ride With Your Mind coach, but they bravely put themselves forward in front of an enormous crowd for their first time. The smiles and exuberant praise of their lovely horses after the session told of their experience in the arena.
During the lunch break, in a room above the arenas the Feldenkrais method was showcased by Karin Major. The two sessions, which were free of charge, were fully booked before the day of the demo, with over 30 people attending each session, and proved a great success with participants. Ali Byrne demonstrated the Equine Back Rub on Milly Dove’s horse; Ella, who was extremely at ease in the atmosphere and responded wonderfully to the work Ali was doing. Peter Dove, with the help of Milly Dove and Tinker, demonstrated how the Ride With Your Mind theories work to help riders master dressage. During the afternoon Mary spoke about the benefits of Ride With Your Mind method for Advanced riders and was assisted in her demonstration by Demelza Hawes and Fry, Karen Whiston with Winston and Sam Turner with her impressive cob; Billy Whizz and Milly and Ella. 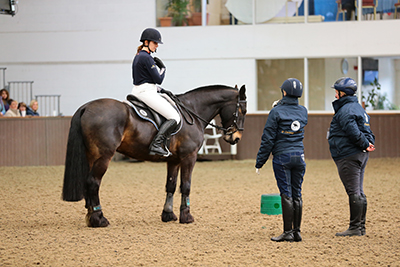 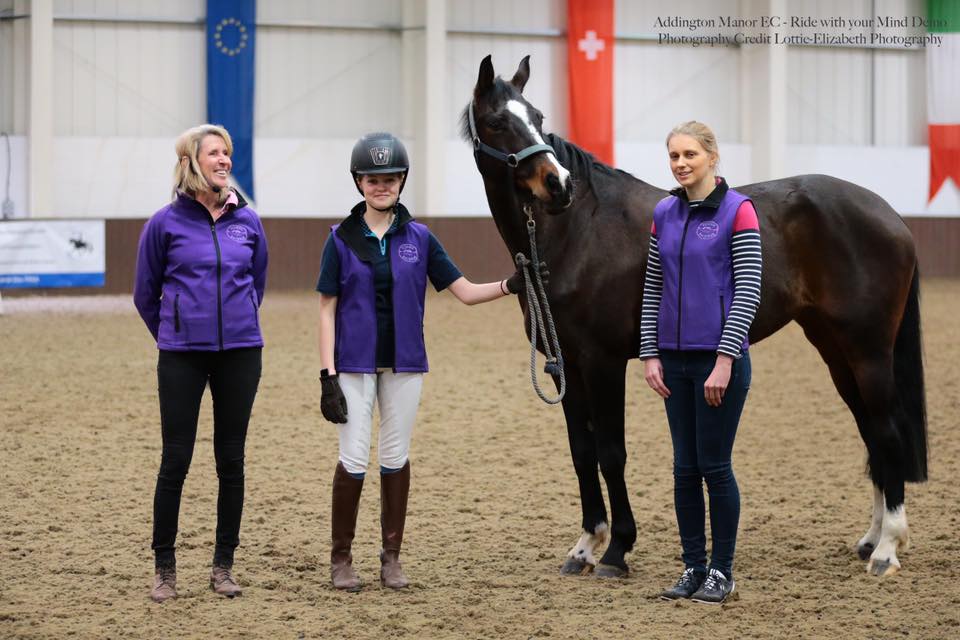 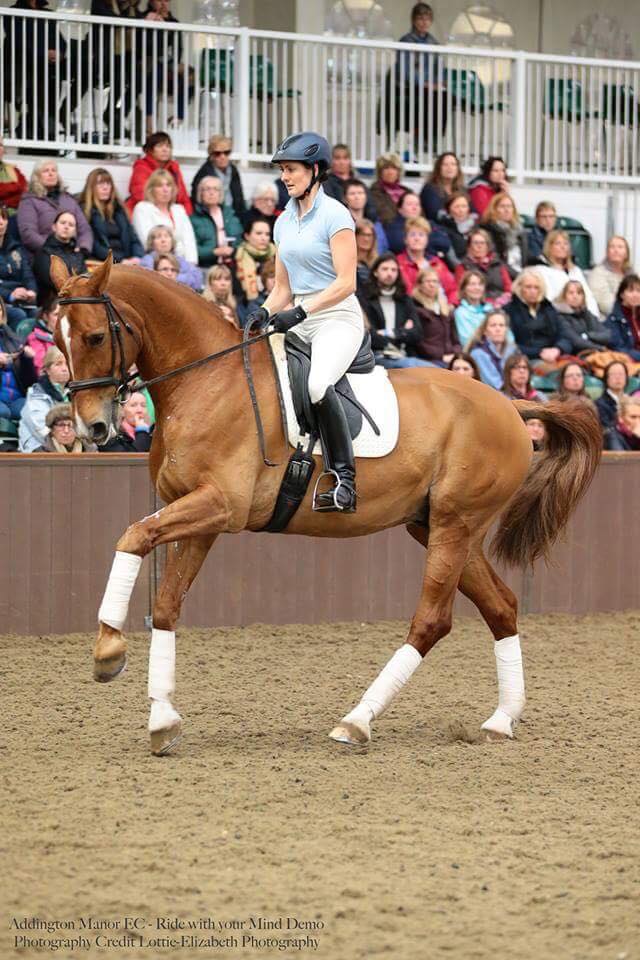 BACK TO EVENTS HOME PAGE