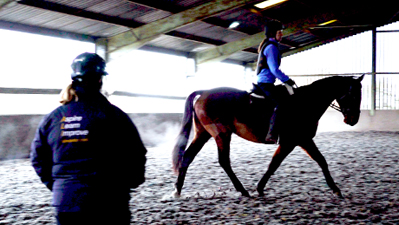 We’ve had some lockdowns in the UK, and this session is Claire and Savannah following a month’s break in filming. They look at rising trot again, then sitting trot, and canter.

Ali says that Savannah’s calmness is actually her being ‘behind the leg’, which means that when she sees something, it’s a bigger shock than it would be if she were ‘awake’.

Ali talks to Claire about her ‘bowl staying still’ at the bottom and the top of the rise. In trot Claire could think about getting not a longer stride, but more active legs.

As soon as Savannah gets a bit fast, Claire tends to tip forward and do less of a rise, doing a big rise but doing a slight pause at the top of the rise would be a fix for this.
Ali declares that they can tick the box on trot/walk transitions as they are looking so good!

When they move in to canter Ali suggests thinking of pushing more water to the back of the bowl. In the downward transitions thinking about the kind of trot Claire is going to put her in to can be useful. Savannah tries to throw too much of her to the right (on right rein), which is typical of an untrained horse, we want her to keep her weight on her outside hind leg, and that's hard for her.

The danger on the left rein is by thinking of the outside hind Claire could slide right. But Ali comments that Savannah pauses better on the outside hind on this rein. In the downward transitions, it’s about the release and the conveyor belt. 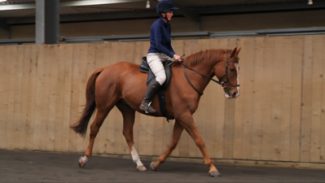 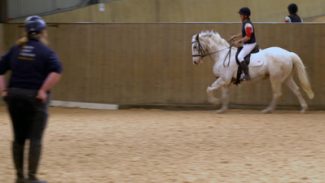 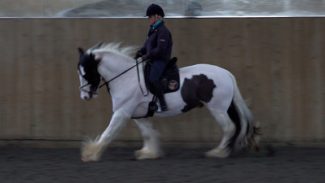 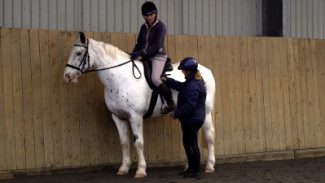